Lieutenant of Guards at U.S. Nuclear Site not a Supervisor, Says the NLRB

By Nelson Cary and Natalie McLaughlin

Doubling down on its ruling that a tugboat captain isn’t a supervisor, the NLRB again took on a narrow view of who qualifies as a supervisor under the NLRA. In a 2-1 ruling, the NLRB in G4S Government Solutions, Inc., 363 N.L.R.B. No. 113 (Feb. 10, 2016) held that an employer did not meet its burden of establishing that its lieutenants are supervisors.

The employer in the case was a private security contractor responsible for guarding the national nuclear stockpile, personnel, and government property at the Savannah River Site. The employer asserted that its lieutenants were supervisors, and therefore, could not vote in a union representation election. 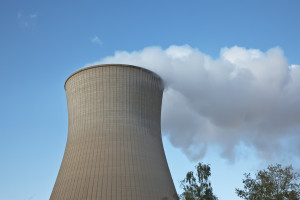 Under the NLRA, to establish supervisory status, an employer must show that the person at issue possesses just one of the 12 indicia set forth in Section 2(11) of the NLRA, that the exercise of such authority requires the use of independent judgment, and that the authority is held in the interest of the employer.  At issue in this case were the functions of responsible direction, assignment, and discipline.

To establish responsible direction, the employer had to show that the lieutenants were held accountable for the performance and work of the employees they direct. The majority found the evidence lacking because only one example was provided of a lieutenant who had been disciplined in connection with the inadequate performance of subordinates. It was unclear whether the discipline was issued because of the subordinates’ inadequacies or the lieutenant’s own inadequacies.

To establish assignment, the employer was required to show the lieutenants possessed the authority to assign. The majority found a lack of evidence showing that assignment decisions involved more than routine judgment. Notably, there was no evidence as to what factors lieutenants could consider for temporary assignments or for arranging unscheduled training exercises, permanent assignments were based on seniority, and detailed procedures were already set forth in the collective-bargaining agreement regarding assigning overtime.

To establish discipline, the employer was required to show the lieutenants possessed the authority to issue or effectively recommend discipline. The NLRB found that the evidence did not support this, in part because the employer’s labor relations department reviewed all discipline prior to issuance.

In a dissenting opinion, Member Miscimarra (R) criticized the majority for narrowly construing the supervisory factors under the NLRA. The dissent urged the adoption of a common sense test, rather than the one articulated by the majority. The employer had had approximately 330 lower-level personnel. Under the majority’s view, excluding the 46 lieutenants, only 10 individuals were effectively supervisors over those 330 personnel. The dissent argued that this did not make sense.

For labor professionals, there are three key lessons to take away from this case: