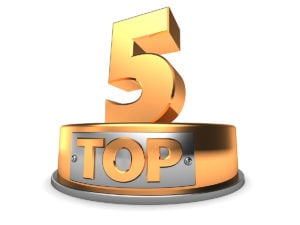 Well, 2016 is finally in the history books. It was certainly a momentous year for labor law.  Here is my take on the five most significant developments in 2016:

Donald Trump Elected President.  As explained in my post-election post, there are two vacant seats on the NLRB and Member Miscimarra’s (R) term is expiring in less than 12 months.  Typically, the party of the President controls the majority of seats on the NLRB.  Whether President-elect Trump appoints management friendly members of the NLRB, and when those appointments will be confirmed by the Senate, is yet to be seen.

Persuader Rule Permanently Enjoined.  A federal district court stopped in its tracks the very employer-unfriendly revision to the DOL’s interpretation of the advice exemption under the LMRDA.  The decision is on appeal, and the issue presents an early test to see what we might expect from a Trump DOL.

Temporary Employees in the Bargaining Unit.  In a much anticipated decision, the Obama NLRB held that temporary employees working alongside an employer’s regular employees could be included in the same bargaining unit as the regular employees.  In doing so, the NLRB reverted to a rule that was last in place during the waning years of the Clinton Administration.

Micro-Units Gain Approval.  The NLRB’s bargaining unit rule from Specialty Healthcare received the endorsement of multiple courts of appeal in 2016.  No fewer than seven appellate courts have upheld the NLRB’s interpretation.  While the last court to do so provided a small measure of relief to employers in how the test is applied, the widespread approval of the decision means that only a reversal by the NLRB itself is likely to address the concerns the employer community has with the decision.

Supreme Court Divides Over Agency Fees in Public Sector.  Finally, a case that appeared poised to set up a reversal of a long-standing Supreme Court precedent permitting public employers to assess mandatory fees on public employees to pay for union representation sputtered out at the Supreme Court following the death of Justice Antonin Scalia.  An equally divided Supreme Court affirmed the lower court’s decision upholding the agency fee requirement for a group of teachers in California.

Labor professionals should expect an equally significant 2017. The speed with which changes may come will depend directly upon how quickly President-elect Trump appoints new members to the NLRB and how long the U.S. Senate takes to confirm those individuals.

Stay tuned to this blog next week for my annual “to do” list.

*Special thanks to my partner, Al Kinzer, for his assistance with this post.