Last week, State Senator Matt Huffman (R) introduced S.B. No. 72. The bill proposes modifying several statutes to limit the scope of the prevailing wage obligation in Ohio.  The proposal comes on the heels of Kentucky’s elimination of its prevailing wage law. 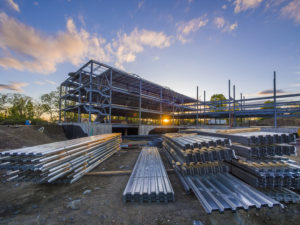 The last major rewrite of the prevailing wage law was in 2011, and that rewrite, like the one proposed, also narrowed the scope of the statute. S.B. 72 was referred to the Senate Finance Committee yesterday.  Thus, it is still very early in the legislative process.

If these changes pass, the legal landscape will turn from one of uniformity to one in which the prevailing wage issue will need to be decided on each project within each of Ohio’s hundreds of counties, cities, townships, and other political subdivisions.

Stay tuned to vorysonlabor.com for additional updates as S.B. 72 progresses.

NOTE:  This post was updated on March 8 to reflect that the bill was referred to the Senate Finance Committee on March 7, 2017.